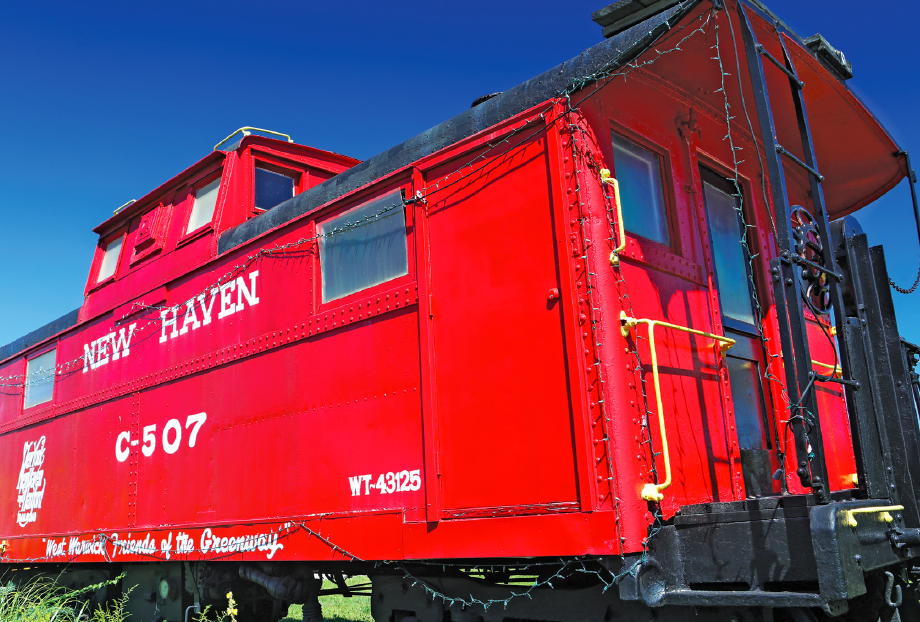 Sunny days. Sea breezes. Lobster roll, clam chowder, ice cream snack breaks. Expansive views of rivers. Rhode Island is the perfect place for spring bike rides.The state may be small, but its rail-trails are mighty. One has even made it into the coveted Rail-Trail Hall of Fame!

Before the summer heat sets in, pack a picnic (or a credit card), throw your bikes in the car, and check out some of these Rhode Island rail-trails.

With spectacular maritime views and an abundance of coastal wildlife, the East Bay Bike Path offers a spectacular New England experience. Inducted into the Rail-Trail Hall of Fame in 2009, the route is one of the most popular multiuse trails in Rhode Island. Th e paved pathway travels just over 14 miles between Providence and Bristol, visiting eight parks as it skirts the historical waterfronts that played roles in local shipbuilding, transoceanic trade, and manufacturing.

India Point Park is a good place to embark on a journey on the East Bay Bike Path. The trail follows a ramp up to a pedestrian bridge named George Redman Linear Park, memorializing a local bike advocate. The bridge reopened in 2015 after serving since the 1930s as the eastbound span of the Washington Bridge.

The stature of the East Bay Bike Path, one of the longest trails in the state, will grow with a connection to the developing Blackstone River Greenway, which extends into Massachusetts. The bike path is also a part of the East Coast Greenway, a growing trail network between Maine and Florida. 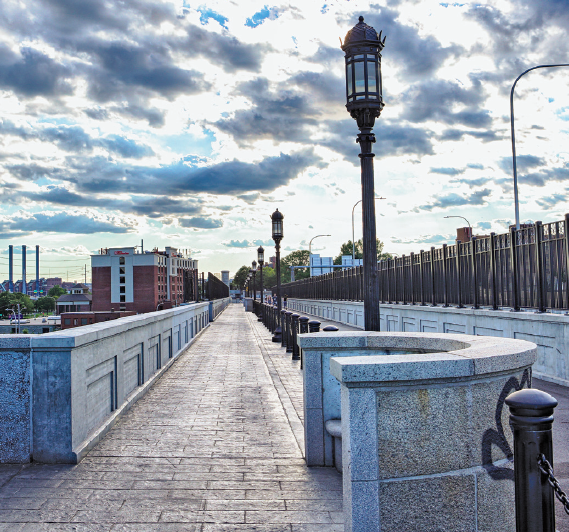 Ten Mile River Greenway, named for the waterway it parallels and not its length, runs 3 miles through a serene and green corridor connecting the City of East Providence and Pawtucket. The southern end of the paved pathway begins at the Kimberly Ann Rock Memorial Athletic Complex, a popular spot for local sporting events, where you’ll find a large parking lot flanked by trees. If a game is playing when you arrive, restrooms will be available, but the bathrooms are otherwise locked, so they are not marked on the trail map. The trail also does not offer any drinking fountains, so be sure to pack water.

The greenway heads north, loosely paralleling the state’s border with Massachusetts, and winds through leafy woodlands with an occasional pine tree. To your right, the adjacent river glimmers through the leaves. At intermittent spots along the trail, you can hop off your bike and walk  down to the waterfront, where you might see swans gliding through the calm water. Interpretative signage about the area’s flora and fauna can be found trailside. 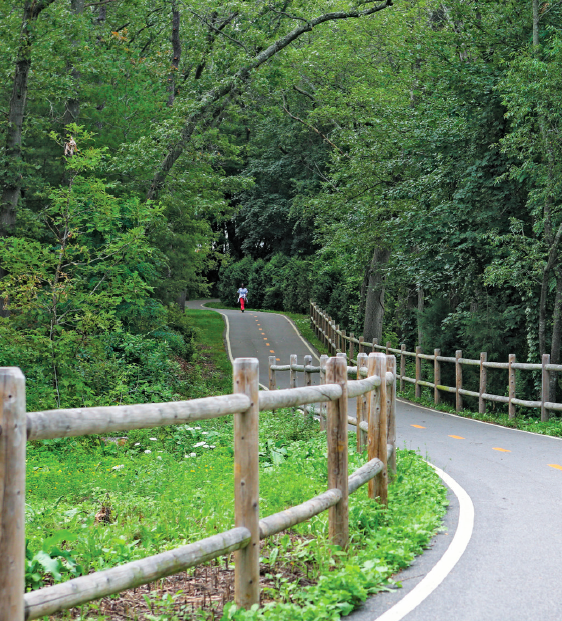 The Washington Secondary Bike Path offers just over 19 miles of paved trail from Cranston (Providence’s southwestern neighbor) to Coventry. The rail-trail, Rhode Island’s longest, follows the former Hartford, Providence and Fishkill Railroad. Although sections of the trail have their own distinct local names—Cranston Bike Path, Warwick Bike Path, West Warwick Greenway, Coventry Greenway, and Trestle Trail—the overall experience is seamless. The trail is also part of the expansive and developing East Coast Greenway, which connects paths throughout New England and all the way down to Florida.

Locals will tell you that the farther west you travel on the trail, the prettier it gets; their advice rings true, so a  nice place to begin your journey is in the middle and then head west for a well-shaded and scenic ride. (You could also start at the west end and ride toward the middle to enjoy a slight downhill grade.) This western half has a rural feel to it and includes a parallel bridle path.

The eastern half of the trail is more urban in flavor with residential and commercial areas pressed close alongside. This Cranston end of the trail is not as well maintained, and though it serves as a useful route for residents, tourists may not find it as appealing. 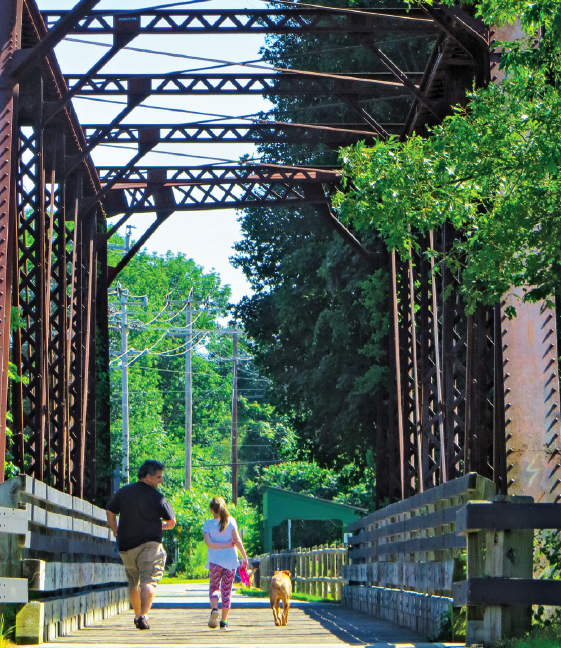