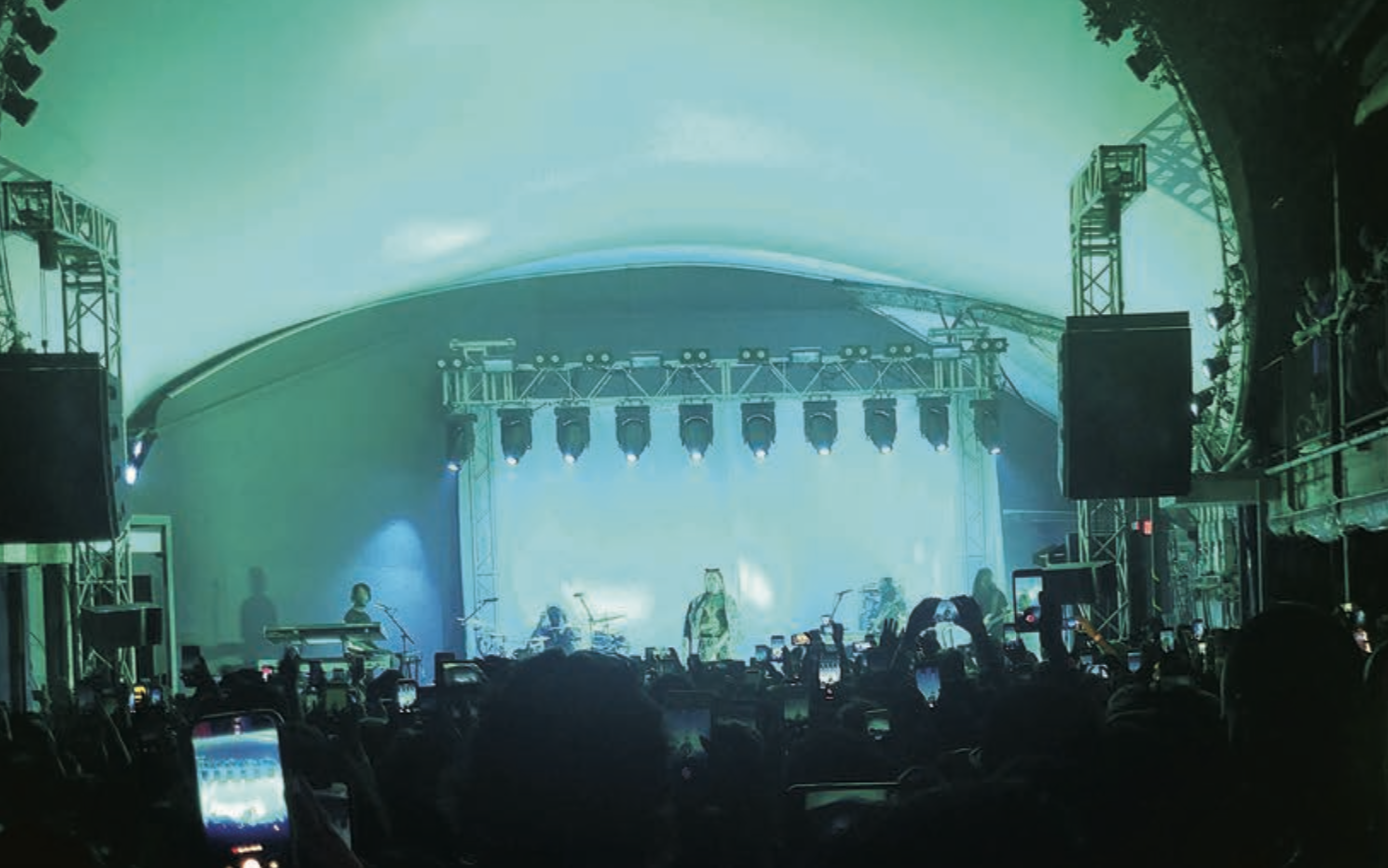 Austin was a music town even before the dazed days of the Armadillo, but the hippie cowboy days of the 1970s are the city’s acknowledged golden era. It was a sleepy college town where the longhairs and the rednecks and the politicians pretty much kept to themselves, until Eddie Wilson opened the Armadillo. Willie Nelson came back from Nashville, and all the guys dug his music and dug being around the pretty girls, and everybody got along. Thus was born the Cosmic Cowboy era, and guitar-slingers and songwriters moved to town from all over to live in cheap apartments and play for tips.

The city engaged warp drive in 1994 when Johnny Cash played South by Southwest and the conference inaugurated the Interactive Festival. Band manager Roland Swenson had traveled to New York in the mid-’80s for the New Music Seminar and returned with an idea, and his cool little event became the mega-festival that draws thousands of people to Austin every March from all over the world. Austin began calling itself the “Live Music Capital of the World,” and justifiably.

We are attending the Mountains & Plains Spring Conference in New Braunfels, which conveniently ends midday Friday. This leaves plenty of time to drive to Austin and tour the musical landmarks courtesy of the new Walking Austin by Charlie Llewellin.

This walk is designed to take you back through Austin’s history of riffage to look at some landmarks where you still might hear the ghostly echoes of a killer solo from 40 years ago. Some have disappeared, but most are still going strong.

Austin’s oldest music venue, located just north of the Capitol on San Jacinto Boulevard, predates Willie Nelson and the Armadillo by more than a century. Opened in 1866 by August Scholz, Scholz Garten is the longest continuously operated business west of the Mississippi.

From Scholz Garten walk south on San Jacinto Boulevard, crossing 15th Street and passing the eastern side of the Capitol grounds. Turn left at East 10th Street, and go three blocks to Red River Street. This street has become Austin’s punk Music Row, with clubs like Beerland and Cheer Up Charlie’s serving up raucous live music.

Cross Red River and walk two blocks south to what is now Stubb’s Bar-B-Q at Eighth and Red River. This building by Waller Creek has been pivotal in the Austin music scene since the 1970s, when it was a dive bar called the One Knite.

Our next stop is at East Sixth and Red River. This is the site of the original Austin Emo’s, which is still operating south of the river on East Riverside Avenue. By the 90s, punk and grunge had kicked blues and country to the sidelines for a spell, and this location of Emo’s was the dirty mainline for the hard-edged music of those times.

From here, go west along the strip of bars known as Dirty Sixth to The Rooftop on Sixth at 403 E. Sixth St. A more traditional strain of rock and roll flourished here in the ’90s at a club called the Steamboat. Here patrons drank and danced to a funkier, bluesier sound more directly related to the old Austin sound of the 70s.

A block west at 313 E. Sixth St. is the Midnight Cowboy Lounge, a cocktail bar named after the Asian massage business that occupied the premises for ages. It was also the site of the Black Cat Lounge. In the early ’90s, Soulhat (grunge jam-band hippies) and Two Hoots and a Holler (blasting roots music) held sway here under the baleful and erratic eye of owner Paul Sessums, who cursed the band out if they played for less than 3 hours at a stretch.

Turn around and walk along East Fifth Street to Congress Avenue, two blocks west. Turn left on Congress, and pause at the end of the block in front of the soaring Frost Bank Tower. This used to be 9 Club Foot, where the ’80s hit Austin. The venue was located in a partially underground warehouse next to the Greyhound station. The opening night featured the Stranglers, and U2 played there on their first US tour. R.E.M, the Stray Cats, and Echo and the Bunnymen all passed through.

Cross Congress Avenue at Fourth Street, and look for the Patagonia store in the next block. In 2008 the company moved into the Victorian building that in the late ’70s was the home of the Vulcan Gas Company. Psychedelic music struggled to find a home in Austin, as folkies and frat boys disliked the music, and any club that booked the hippie bands was raided by the Liquor Control Board (LCB).

Keep south on Congress Avenue and turn right onto West Second Street, which has bloomed into one of the city’s most attractive and popular thoroughfares. Walk two blocks to the northwest corner of Lavaca and Second, home of the ACL Live at The Moody Theater and Willie Nelson statue. The bronze statue, by Pennsylvania artist Clete Shields, was installed in 2012 on the street that had born the singer’s name since 2010, when the city responded to the excitement around the new theater by designating this stretch of West Second Street as Willie Nelson Boulevard.