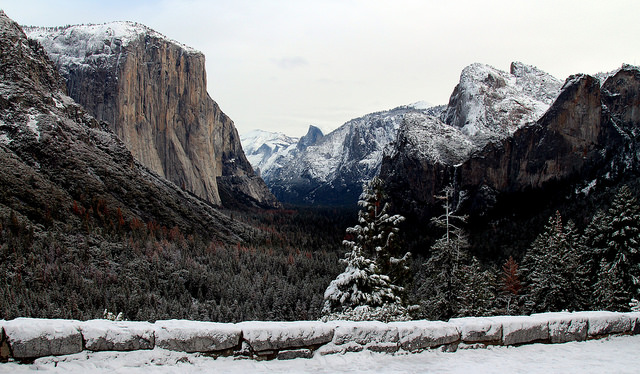 Why You Need to Visit Yosemite in Winter

December is actually an ideal month to spend time exploring Yosemite National Park. The crowds and mosquitoes have vanished, the weather is still not too snowy for adventures, and you get to experience the park in all its winter splendor. It’s a time of solitude. The backcountry is virtually devoid of hikers, save for a few mountaineers. Likewise, the valley is empty, for the days are cool, the nights are nippy, and the ski season has not quite begun.

Winter starts in late December. This is the month with the least amount of daylight and the lowest noontime sun. Consequently, much of the valley’s floor stays in the shadows, though much of the north wall may be sunlit. With little sunlight on the floor, its temperatures are downright cold. In some years, much of the valley’s precipitation falls as snow and in other years rain dominates, but December and January tend to be mostly dreary months punctuated by days with blue skies. Snow can cover the valley’s floor from about mid-December to mid-February, after which the cover will be at best patchy.

Winter is ski season, and most folks driving up to the park head to Badger Pass for downhill skiing or cross-country skiing. Buses still bring in hordes of tourists to the valley, for indeed in the deep of winter, especially after a storm, the valley is a winter wonderland. Though the four months November– February produce the most precipitation, about 75% of it, most days are storm free, and when a storm does hit, it usually clears out in a day or two.

Bundle up, strap on your snowshoes or cross-country skis, and check out these trails from the new Top Trails: Yosemite by Lizzy Wenk.

Yosemite National Park is one of the most famous UNESCO World Heritage Sites; Yosemite Valley is its star attraction, and Lower Yosemite Fall is its most accessible fall. Which means this trail is slammed in the high season, and perfect to hike in the winter. While snowmelt feeding Yosemite Creek and other Yosemite Valley falls is greatest in May and June, once the rain and then snow return, the fall is resurrected, and though not nearly at full volume, it is still inspirational. Midwinter the rock walls are often ice-glazed behind the thin shield of water. 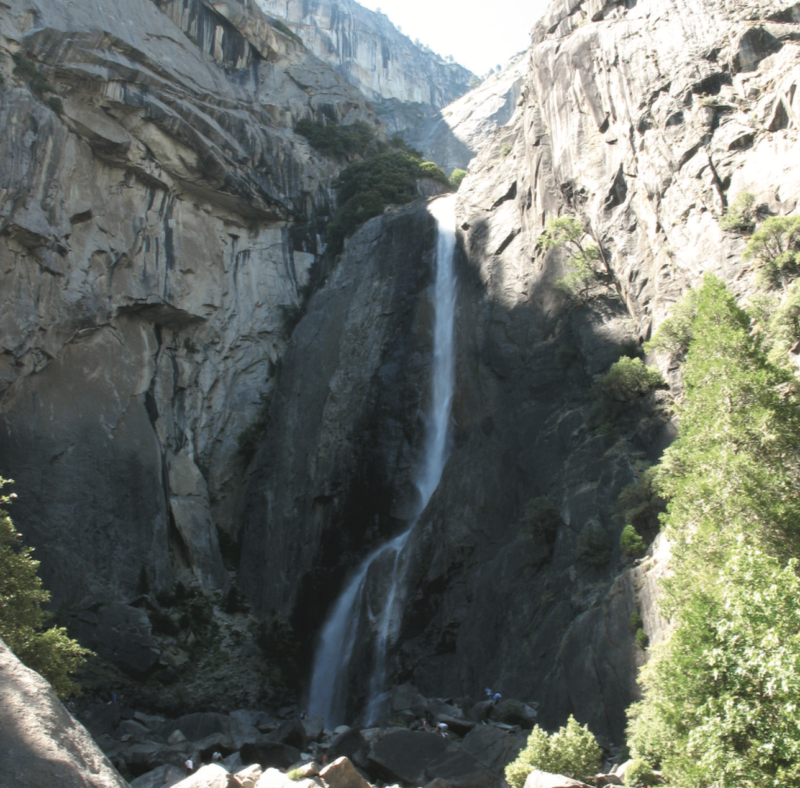 Perfect for snowshoeing, the Tuolumne Grove has more than a dozen trees at least 10 feet in diameter near the base, and though this pales in comparison with the much larger Mariposa Grove’s approximately 200 trees of similar or larger size, you’ll certainly see fewer tourists. Being smaller and less crowded means that you will share the small loop trail through the grove with relatively few people, allowing a more intimate con- nection with the forest. The small loop trail in the grove takes you through stands of young trees, past fallen logs, and through the Tunnel Tree. 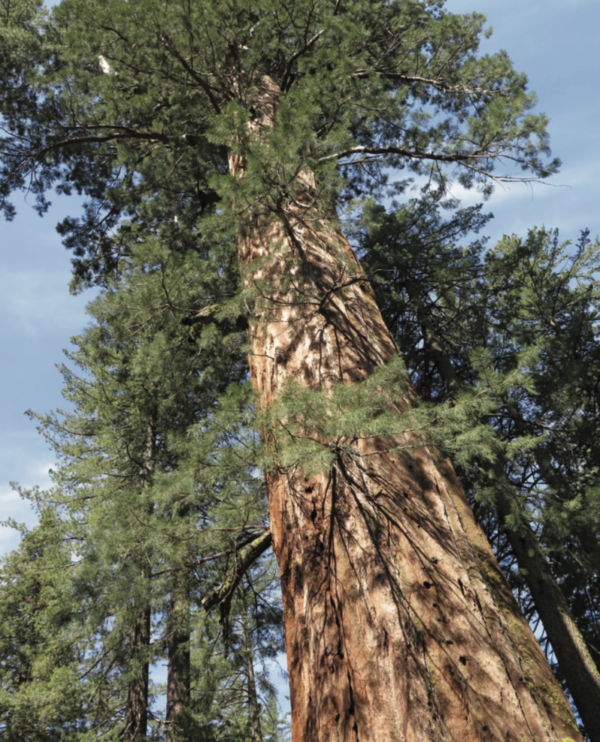 Ostrander Lake, one of Yosemite’s most easily reached high-elevation lakes at which camping is permitted, is a popular destination for backpackers. It is also popular in winter and spring with cross-country skiers due to the ski hut at the lake. Overnight visitors require a wilderness permit for the Ostrander Lake Trailhead, issued by Yosemite National Park. Pick up your wilderness permit at the Yosemite Valley Wilderness Center, Big Oak Flat Entrance Station, or Wawona Visitor Center. 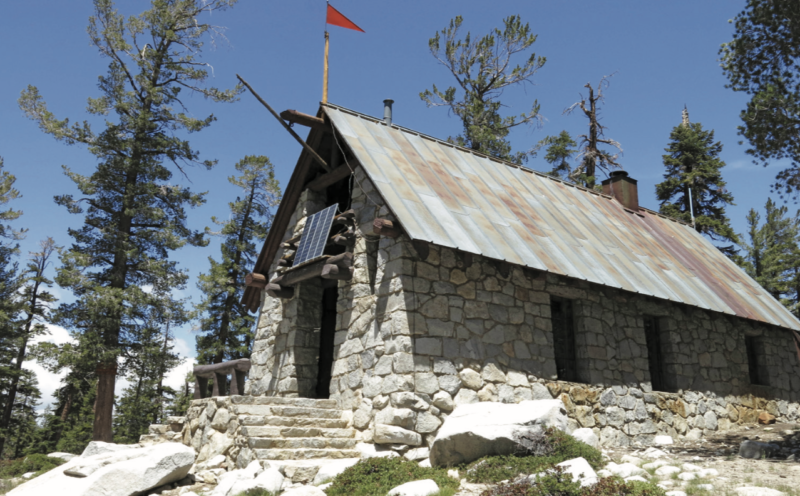