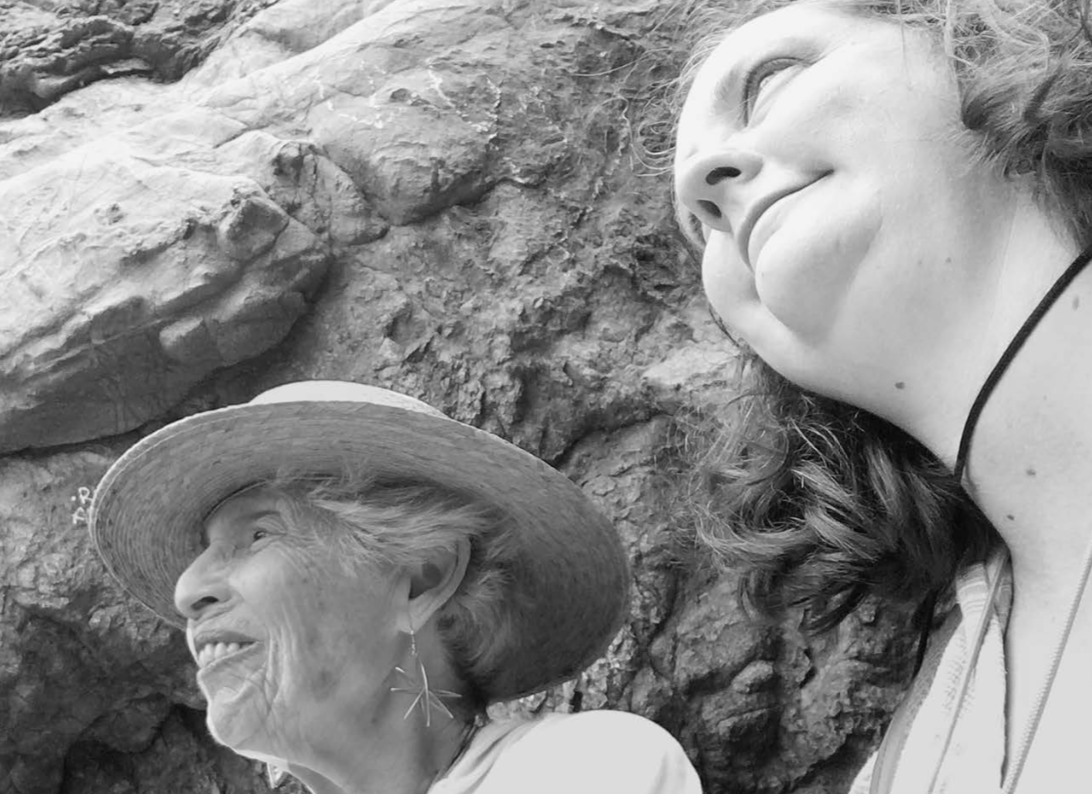 The Magic of Stairways in San Francisco

Amid all the people, all the delicious food, all the hills, and all the technology, over 600 stairways traverse San Francisco. And one woman knows them all intimately. Adah Bakalinsky moved to San Francisco and became so intrigued by the stairways that she wrote a guide about them.

Now in its 9th edition, Stairway Walks in San Francisco has been loving handed down to Mary Burk to research and update. But don’t be mistaken—Adah’s love for stairways has not waned one bit in her 50 years of exploration. In the forward of the new edition, Mary interviewed Adah on discovering stairway love and writing the first edition of the book. 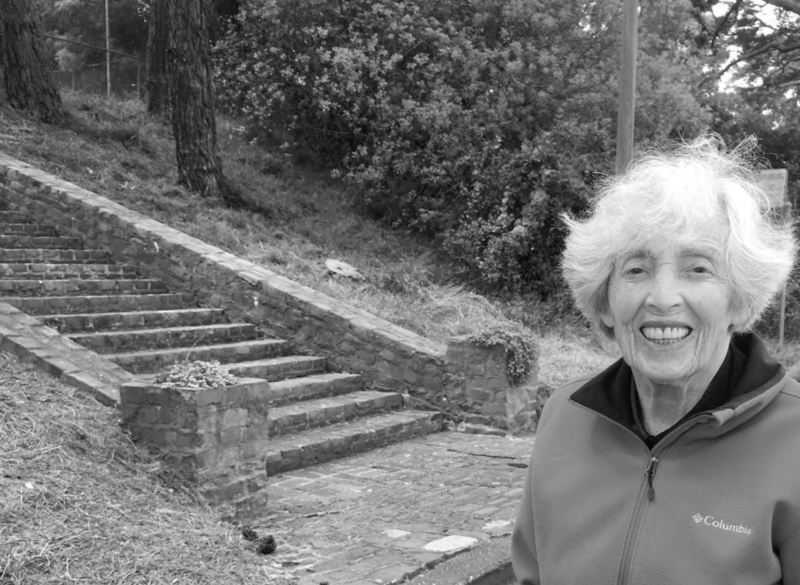 Mary: What was it that attracted you to stairways?

Adah: Stairways were just . . . there. When [my husband, Max, and I] first moved to the city, in the Golden Gate Heights neighborhood, we could see a hill from our apartment. The hill has a lower part and an upper part to it, and I really wanted to find out more about where I lived and see exactly where I was. So I walked up that hill—and there I found a divided street. As I looked down, I saw a stairway, and so I went down the stairway. And I could not get over what fun this was! So I continued exploring the area and thought, “No one told me about this, but this is really fun!” I was hooked.

Then soon after, I began taking classes at the library, because I had signed up to give walks around the city, to people who would sign up for a tour. But what I hadn’t expected at the time was how much fun I would be having walking stairways around town; they were a complete and enjoyable change from what I had signed up to do for the library. I realized I had a conflict. Soon I told the person who was in charge of the library walks what I had been doing. You see, my job at the library was to take people on walks that led to different people’s houses, whose owners or caretakers would then show you through the interiors of the house. I told her I had discovered stairways, and that I’d really prefer to work with them than just any old house. And as I finished telling her this, she walked rapidly away from me and said, “Well, why don’t you write a book?” And out she whisked through the door.

Mary: What was it like writing the first edition?

Adah: Well, I had never written a book before, but I was able to get some help from the woman at the library later, since I didn’t have any experience. And this turned out to be a wonderful experience too. Help comes from many places.

Eventually, I brought my first edition to the editor of Wilderness Press, and when I did, I thought, “This is it.” Because I had worked so hard on it, I was shocked when he told me the book wasn’t ready. But he knew his job, and he was the owner of the bookstore, and since he was specializing in books around the Berkeley Hills and the East Bay, he did have an interest. So he said, “This isn’t ready for me. Go get yourself an editor.” And it was then that I started to realize how much there is to get- ting something published.

Mary: What’s the strangest thing that ever happened to you while you were out walking?

Adah: My husband and I were walking together, and we’d do walks near our home, and one time we saw an elderly man leaving his house, and he was in a hurry and said to us, “My wife has gone out the door, and she’s going to get lost.” So Max had me stay there, and he and the man went out looking for the man’s wife. This time I stayed behind at the house, in case she came back. They found her.

In life, we all find it, this drama. There are good things, and when out walking, one usually wants life to be calm. But sometimes there is also drama. Even though it’s fun to just strike out, one forgets sometimes there is another side to the coin.

A woman who had lived on the peninsula all of her life moved to the city on Van Ness Avenue, a busy street connecting commuters and tourists through San Francisco to Highway 5 and onward north to the Golden Gate. She asked me if it was safe to walk on Van Ness in the daytime. I said yes without hesitation! We were sitting around a table when she asked. She slowly began to open up that she had a lot of fears around the street. And to hear this was a little frightening, and it almost made me reconsider, but then I got over it. You take precautions, and daytime walking is usually, thankfully, pretty safe. Watch for traffic, be alert.

It is true, of course, that stuff can happen, and you don’t want to let trouble or problems run into you. And I’ve found that more people going out on walks with friends or groups find that it feels safer to explore the city together.

Mary: What do you want people to get out of this book?

Adah: We want the whole idea of walking and exploring to blossom in our readers. The point is to get people out walking and, as you walk, notice things. Places and people are interesting, so do stop and look around. We want people to remember that walking and appreciating the world around you is free, and it is a beautiful expression of freedom to just get out and roam.

So get restless, and every day that you can, go out for a walk. There are always new things to see. Develop a passion for beauty, and enjoy the peace of mind that walking can bring you.