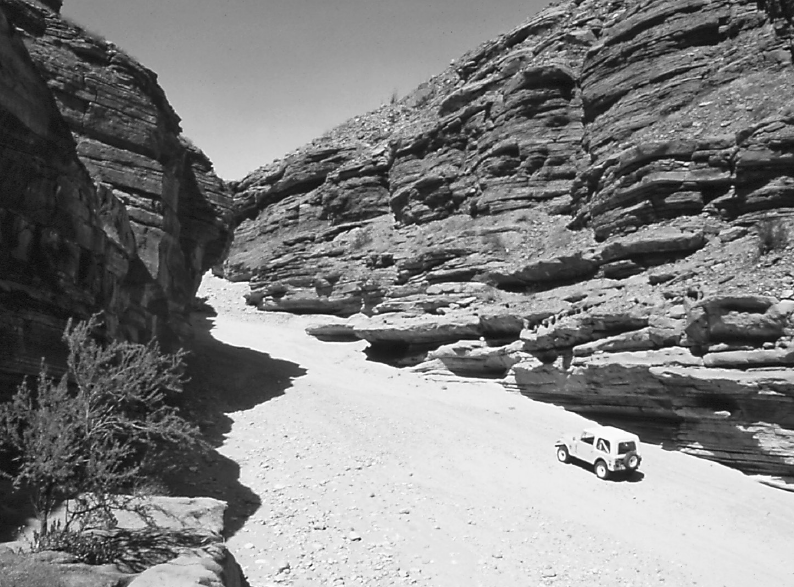 How to Drive in the Anza-Borrego Desert Region

At first glance, the Anza-Borrego Desert Region can seem like a barren stretch of land, boring in comparison to the oceanside trails of San Diego or the lung-searing hikes in the Sierra. But these 1 million acres are home to endless recreational activities in California’s largest state park, drawing backpackers, hikers, equestrians, mountain bikers, and OHV explorers.

With all that land to cover, it’s a good thing that ABDR allows vehicles into the remote parts of the park. But this also means that you’ll not only have to prepare and pack all your hiking gear, you’ll also have to be familiar with your car, check and stock it well before your trip, be prepared to deal with the most common emergencies and breakdowns, and be experienced in sandy-wash, rocky-road, and steep-slope driving.

Here are some tips and techniques for desert driving from the new edition of Anza-Borrego Desert Region. Lowell and Diana Lindsay have been the experts on the region for over 40 years, so they know their stuff! 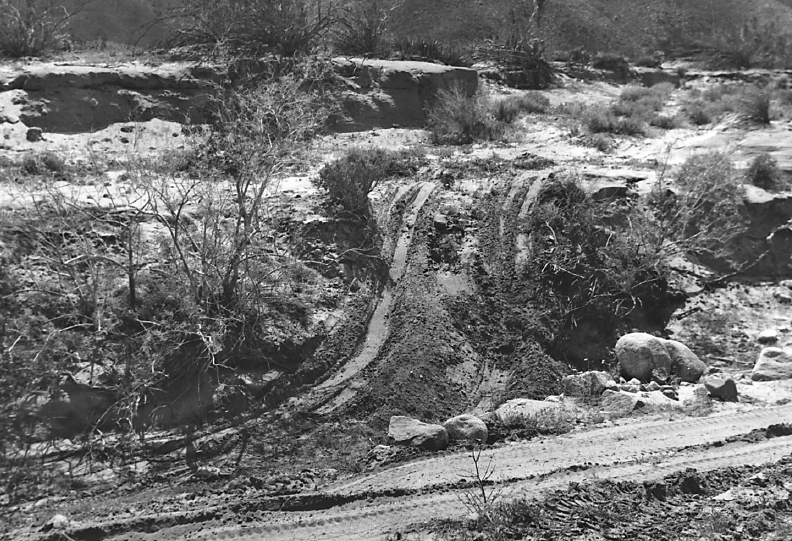 The single most important concern in desert off-roading is the possibility, even the probability, of getting stuck in sand, mud, or soft dirt, or on high-centered ruts or on rocks. If possible, practice driving on such surfaces before the trip, with another vehicle standing by to tow as necessary.

When proceeding over a soft surface, gear down before entry. Then maintain adequate forward momentum, without letting the wheels spin. So long as the wheels are not spinning, you’re not going to dig in.

Partly deflated tires can increase traction, but don’t deflate them so far as to cause the tire to slip on the rim.

Building up a questionable route with rocks or hard earth may be more minutes spent wisely against the possibility of having to dig out later on. Avoid sudden motions of starting, stopping, and turning.

Beware of your particular vehicle’s clearance. Just because a route looks well traveled doesn’t mean that your vehicle can make it. High centers, sharp angles of descent and ascent in washes, and rocks can hang up vehicles with low clearance, long overhangs, or long wheel bases.

But then comes the inevitable time(s) when the road wins, and your vehicle loses. You’re stuck. The first action is no action. Rather than immediately trying to fight your way through and getting hopelessly stuck, get out and survey the problem. Generally you will want to plan your exit in reverse. Where you came from was clearly negotiable. Where you’re going may not be. Dig away the sand or mud from in front of and behind the tires to form a ramp to harder ground.

Beware of side-slanting routes. A vehicle can easily negotiate a steep incline straight ahead, up or down, that would send it rolling should it get sideways. If you start sliding sideways, attempt to turn downhill if at all possible. Better to get stuck into the side of a dugway facing downward than to roll to the bottom.

Travel with at least one other vehicle in company.

Don’t push beyond the limits of your vehicle to display your machismo.

Obey the rules and regulations of the park and the BLM, which are based on common sense and on a sense of responsibility on the part of every desert visitor, to protect our remaining parklands and natural preserves for future generations.

Respect dry washes if there is any possibility of rain, even in far distant mountains. Many true tales are told of campers, cars, and even settlements being swept to their ruin in what appeared to be a dry wash. Flash floods are just that. They don’t give warning.

Speed, promptness, and precise scheduling are required attributes of our urban world. When off-road, however, the only real deadline you have is to get out, safely. Avoid high-speed off-roading.

Always stop and walk ahead to survey any hazardous condition. Then plan your route to negotiate the section carefully.

Be considerate of fellow campers, desert people, and wandering children, especially around campsites. Motorcycles and many of today’s OHVs are extremely loud and unnerving when revved up. Nothing can shatter the pleasure of desert recreation faster than the blast of a tailpipe.