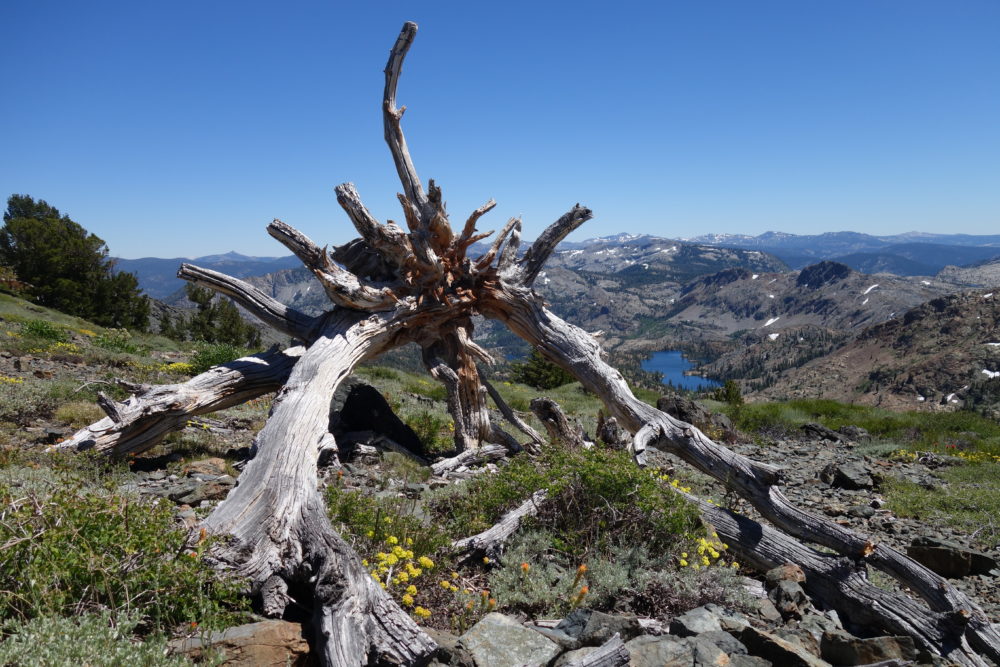 The Final Push on the Pacific Crest Trail

Food. I’m gonna get food. There’ll be lots of food. I want all the food.

Bus leaves High Bridge at 0945. Make miles. Can’t miss the bus. I can make the miles. The bakery has food. Make room reservation in Manning Park. Make the miles.

Random thoughts such as these—a small fraction of the considerations and calculations made daily—may not plague everyone, but they do me. I think about them while hiking and each evening, I check and record them with paper and pencil. I have to because whatever bargain I’ve made with myself at dinner could conveniently be forgotten by breakfast. 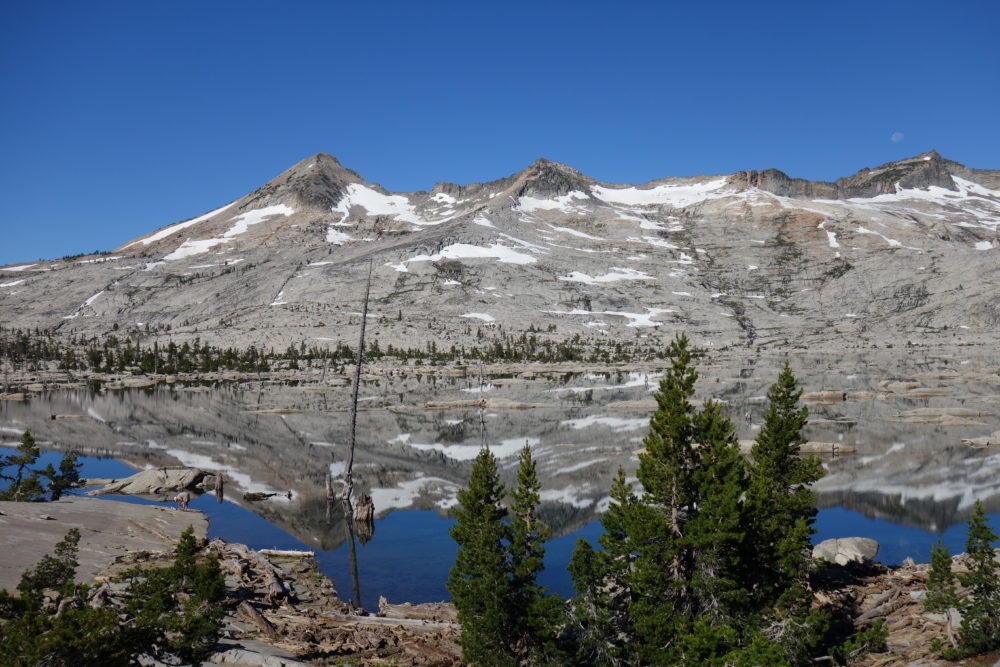 At this same time on my 2012 hike, I was in this same section and general daily location as this year’s hike. In 2012, I had not had one day of rain since May. There had been no rain this year during July and August and only three or four days of steady drizzle in September this year.

Stay warm. Come out, sun. No more wind. Aagh! Cold rain down my back. Notes are wet. Don’t touch the notes. Wet fingers don’t work on touch screens. Put the camera away, fast.

In 2012, the flora was definitely wearing fall colors. Most stunning were the larch whose gleaming golden coat was a contrast to almost every other foliage. This year, the larch were changing but previous years’ drought had left the other surrounding foliage dull and brown. There was nothing to do but make the needed miles each day. Easy going.

Stehekin Lodge continues its fleecing of hikers. But the Bakery. Mmmm. Nothing more to think about but Manning Park. Beer. Food. Bed. Ticket home.

Must make miles. Can I slack a day? Don’t! This knee hurts. Waaah! Tape it with KT and go. Review your food. Leave snacks and breakfast for the last day. The bargaining begins again.

Here’s the 2017 choice du jour—rain or smoke? This week it is smoke. Fixed northward, I stare at the fresh, voluminous clouds of burning forest miles ahead on the Canadian side. Southerly winds carry it to my bivy site. My early mornings are spent shaking soot and ashes from my gear before I pack it. Crazy headaches all day and the bizarre red sun.

Eager to get in extra morning miles, I one day woke to a dull red sun and generally dull light on my granite surroundings. Dressed and half packed, I look at the red sun again, stop and laugh loudly because it’s the red full moon and it’s half past midnight. Zzzzzzzz.

Where is the water today? Can I take a long break? How is that left knee? What will I do if I roll that ankle again? Can’t charge batteries with that smoke blocking the light. Make miles. 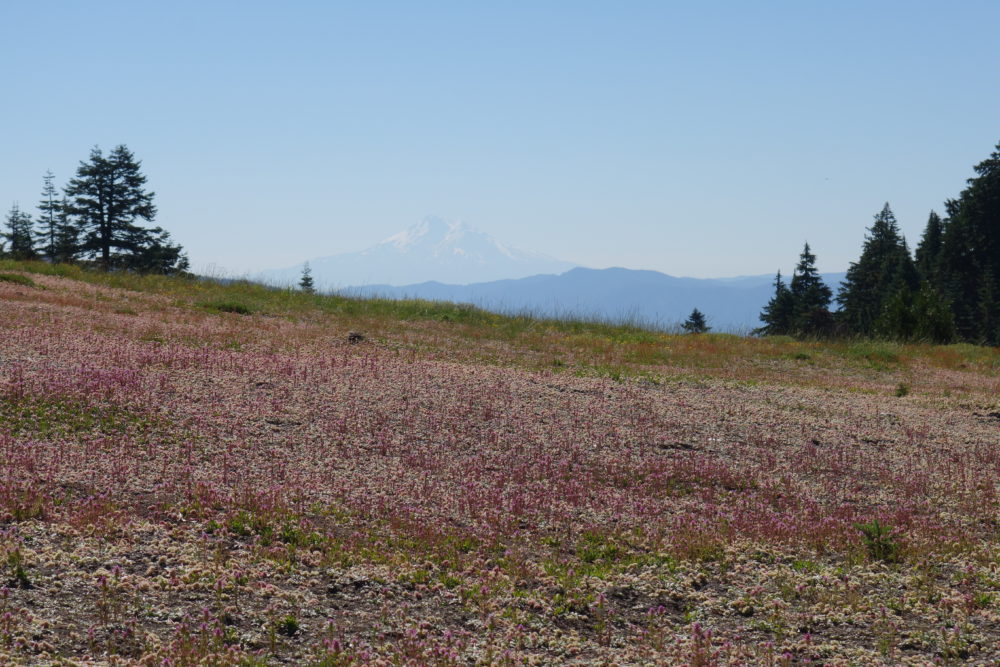 Don’t get hot. Just stay warm. These are deals I make with the weather. Weather doesn’t listen to me. The last four mornings became much colder as the temperature dipped to freezing—turning a fair amount of my water to Slurpee material.

Just enough snacks to reward myself for miles. Some of them I hate. They will become Canadian snacks soon. Only 16 miles to the border. No prob, Bob. I’ll make it. OK, then there are 8 more miles to Manning Park. No worries. They’ll go fast. Only 8 Canadian miles.

No other hikers in sight today. I’ll cruise to the monument and have a little peace and serenity there. Just ten minutes or so to reflect and a chance to calm my mind for the days ahead. Two switchbacks to go. Holy cripes! Who ordered the helicopter. Dust was flying up directly into me and in seconds, so was a helicopter. I hope he heard me! What the ….?

Seconds later I’m asking that same question (only I had to phrase it  “what the…, eh?”) to one of the three International Border Commissioners, here to replace the PCT Northern Terminus Monument. I was going to ask if they cared much about my serenity thing and all. They had axes and a helicopter so I figured I’d just go be serene at the creek. Good decision.

The creek is roughly where the 8 Canadian miles begin (can you feel me pounding the keys for emphasis?) Eight. Canadian. Miles. The first four are straight up a few thousand feet and the last four are the same but notable because its largely a downhill-with-no-variation-road walk. Other than that, almost identical on each side. Except the downhill side has—and don’t let anyone say different—at least a third of a mile of good trail—well-graded, firm and wide, and generally free of entangling vegetation, mature trees or hidden sheer drop-offs. I was uncertain what kind of welcome would come at Manning Park or if they preferred that hikers end up elsewhere. I was barely beginning to recall this lovely section of trail from 2012. I guess some things can’t be completely forgotten after all.

Shower. Dinner. Laundry. Get a bus ticket to Vancouver. Bus leaves at 2 a.m. Train or bus to Seattle. Go through customs at the border!

It’s not the same as a thru-hike, but 660 miles on the Pacific Crest Trail does put one in that mindset. A routine quickly develops out of necessity. Specific things need to be accomplished in certain orders each day. Tasks can’t be put off or left for someone else. There is no one else. If it is to be, it is up to me. Each individual hiker owns every day on the trail. Other than natural hazards presenting unique and difficult challenges, I own the trail and everything that happens between it and me is just that—between it and me. No one else involved. What will I drink; when will I rise; where will I take a break and how long; should I eat the dark chocolate bar; can I stay at this lake an extra day; can I only do five miles this day? It’s all up to me. I own this day and this trail. I think that’s what keeps me BackOut. 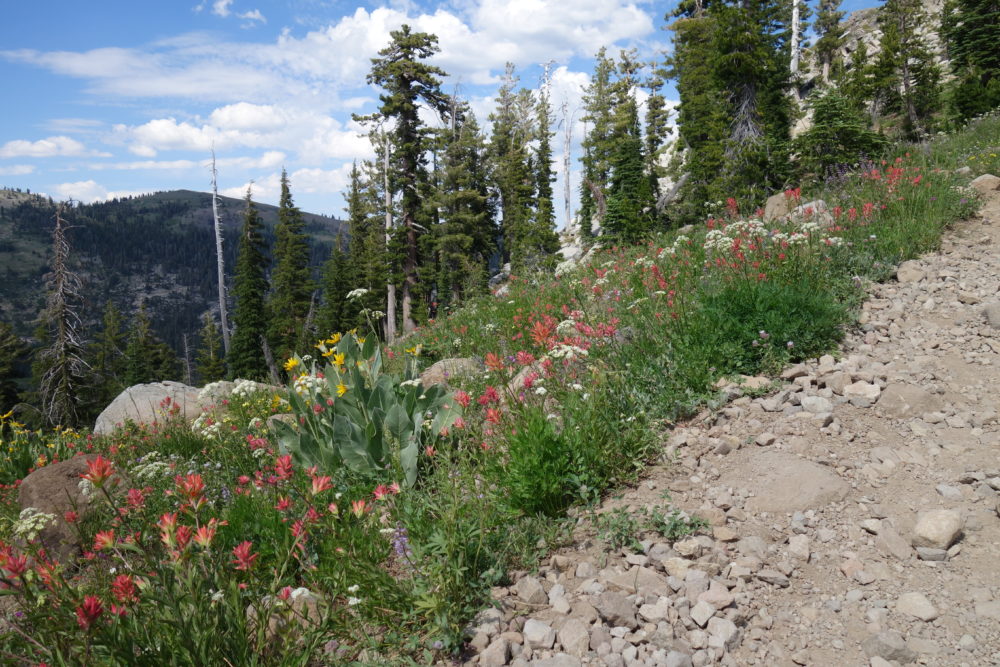