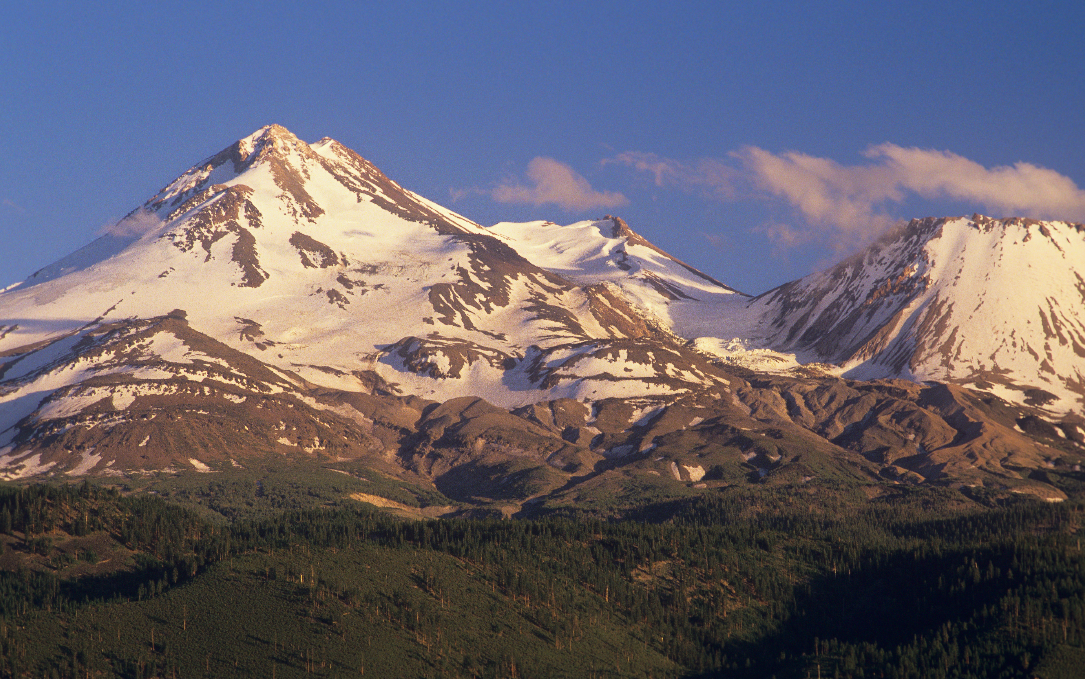 Do You Have What it Takes to Climb Mount Shasta?

For millennia, Mount Shasta has spoken to people as a place of grandeur and inspiration in almost every imaginable way. It stands in solitary dominance as the most striking mountain in Northern California. Its volume—estimated by various geologists to be between 84 and 120 cubic miles—makes it the most voluminous volcanic peak in the continental United States, larger than even Mount Rainier.

Its base-to-summit rise of more than 11,000 feet puts it in the company of very big mountains around the world. Mount Shasta’s secondary cone, Shastina, would be the third-highest summit in the Cascade Range if it were separate from Shasta.

If you hear a call to climb Shasta, you should know from your first look that this mountain is bigger than normal—by orders of magnitude. A Shasta climb is a strenuous journey up to a special island in the sky where the elemental ways of snow, ice, rock, and weather call the shots. It demands that we climb not just above the lowland plains but beyond our ordinary selves. While Shasta is a serious mountain, it is accessible to fit and savvy mortals, and hundreds of people succeed in climbing it every year.

For many this is a beginning foray into alpine climbing, and for them especially, the mountain is a taskmaster that draws the line between a tremendous experience and a hard lesson. Accidents also happen every year, and, unfortunately, fatalities do too. To have a good climb and return whole and hearty, you need to work hard and long and pay attention.

To climb Shasta you need a strong foundation of endurance fitness. You will climb for one to three days, for a few to many hours each day—and when you’re done going up, you’ll need the juice to get back down. If you’re starting from a sedentary lifestyle, you’ll probably need to build up your endurance over several seasons of training. 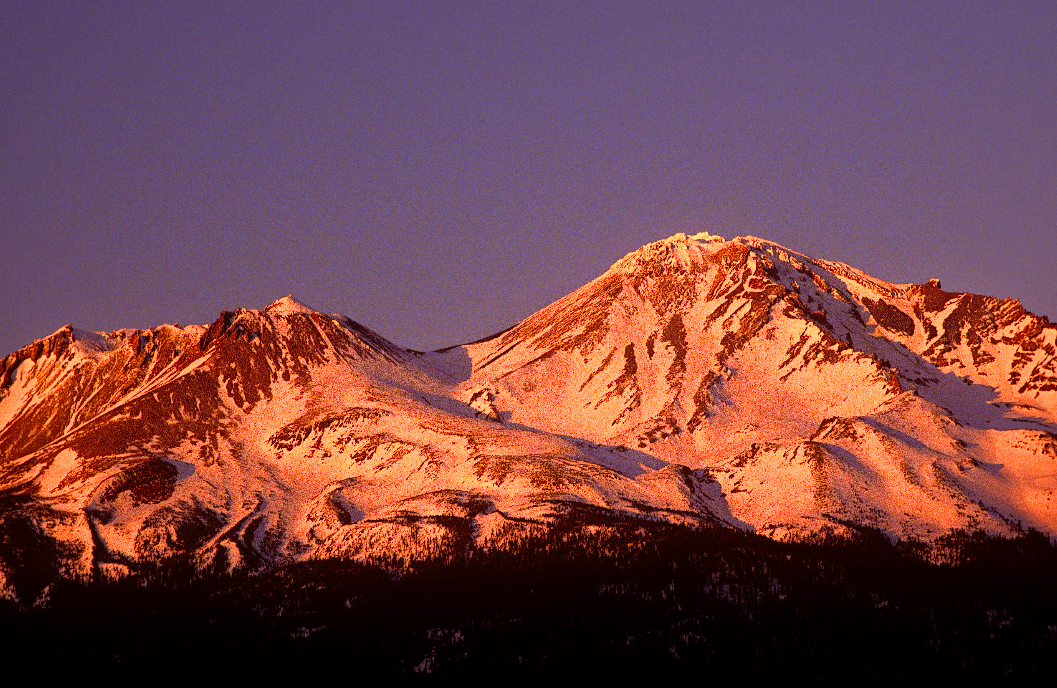 The best training might be intrepid backpacking and climbs of lesser peaks in the Sierra and Cascades. For those tied to indoor schedules, a committed regimen of after-work running/cycling plus weekend mountain hiking can give you the basic fitness for a possibly successful ascent. Compared to urban workouts, though, a Shasta ascent requires a slower, steadier pace over a much longer time, so actual mountain outings offer much better training. On most of Shasta’s routes the distance from a treeline camp to summit is barely more than 4 miles. The big effort, however, comes from rising about 7,000 feet into the thin air to reach an elevation of over 14,000 feet. Downhill training is necessary too; strong quads mean stable and healthy knees. Develop your preferences for your endurance-day diet as well.

Mountaineering is much more than an aerobic fitness challenge. On a big mountain like Shasta you need to manage hardships such as chilly morning wake-ups, long and sustained slopes, complex footing, variable weather, and more. The fitness of, say, a marathoner is without question a powerful aid, but even more valuable is the character to take on the tasks at hand with tenacity and humble honesty. Most of what mountaineers do is take care of the basics: staying warm, hydrated, fueled, and safely on the route. To that end, it’s important to ration energy to stay alert to the terrain, the weather, and the team’s condition, always saving some fuel for uncertainties and the descent. 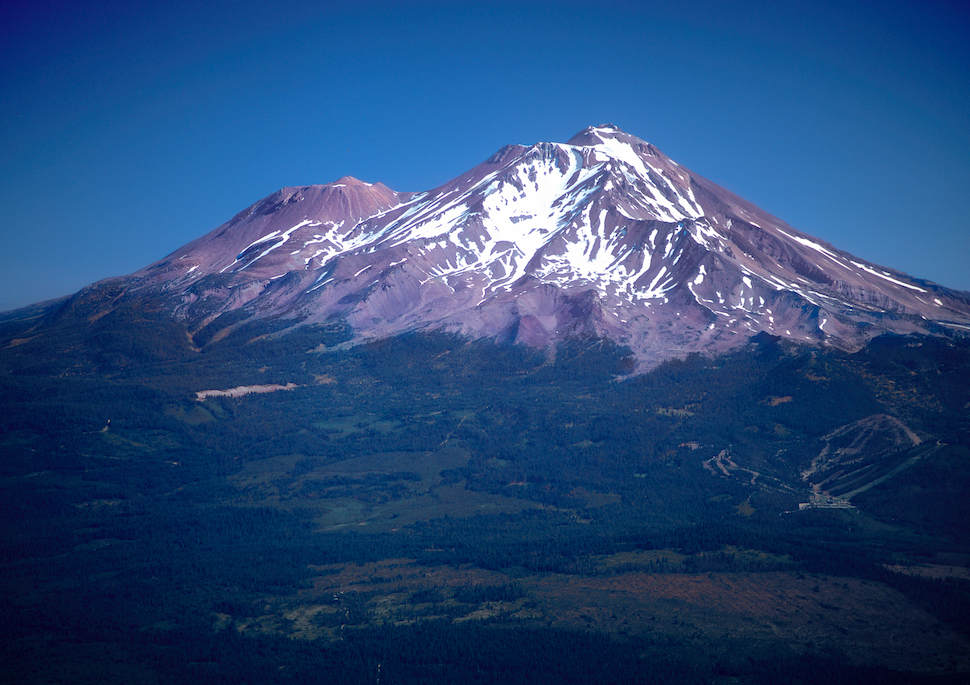 If you start a good-conditions summit day early, continue at a walking pace, and keep that one-step-at-a-time rhythm going, you’ll be up to the top with plenty of time to savor the view and the triumph and get back down. If you try to gobble up the slopes with long strides and hurry, Shasta will grind your haste to a crawl.

Partnerships are as fundamental to mountaineering as fitness. Good partnerships are as precious as gold, and they operate under an agreement that ensures the group goes only as high as everyone in the party reasonably can and everyone comes back down safely.

If you think you have what it takes to summit this massive volcano, pick up a copy of the new edition of Mount Shasta by Andrew Seltzers and Michael Zanger.