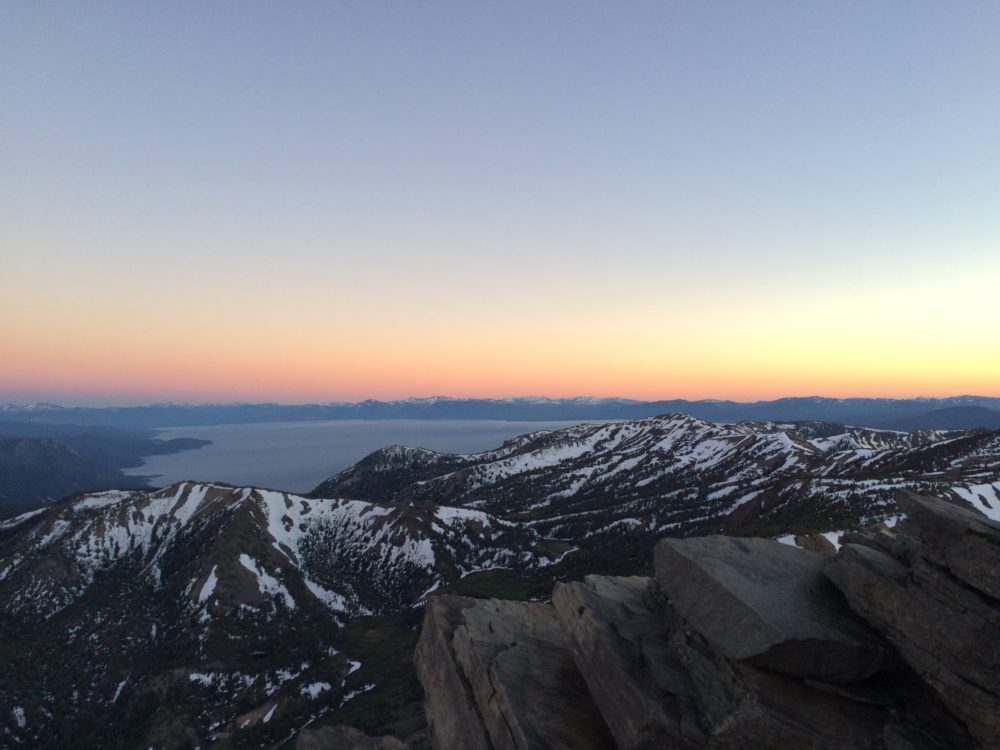 It All Started with a High-Altitude Cocktail Party

Hang onto your party hats and hiking boots—2017 is the 50th anniversary of Wilderness Press!

In this digital world full of apps, we are the elusive silver fox of the outdoor publishing world—darting in and out of the trees, climbing mountains, swimming in alpine lakes, and publishing trustworthy guidebooks by hikers, for hikers. Except that our spirit animal (and logo) is actually a ram. So we’re actually a silver ram. But the analogy still (kind of) fits.

Back in 1967, our founder, Tom Winnett, started Wilderness Press and set the precedent for detailed guidebooks written by authors who had hiked every mile of trail. Fifty years later, we feel just as strongly and passionately about the quality of our guidebooks.

While Tom passed away in 2011, his spirit still lives strong on the trails and between the pages of every book we publish. Rather than trying to retell the Wilderness Press story, here we share a letter that Tom wrote about our beginnings.

“It was the summer of 1967, and we celebrated [the publication of our first book] in the backcountry with a high-altitude cocktail party. We invited everyone we thought would help get the word out about the book—people from the Sierra Club, outdoors writers, and friends. We held it in August, in Dusty Basin, in the eastern Sierra, 8 miles from the nearest car. The hike went over a 12,000-foot pass, so we were delighted when 15 people showed up. It was a real party. We used snow to make our martinis, ate hors d’oeuvres, and spent the night. In a mention of the event, San Francisco Chronicle columnist Herb Caen wondered, ‘How high can you get to get high?’ It was a spectacular occasion, not only because we were launching the book, but also because we were starting a new company.

“[We had conceived of] Wilderness Press in 1965. Karl, a backpacking friend of mine, and I had been complaining about how hard it was to get accurate information about the out of doors. At the time, there were only one or two guidebooks to the Sierra—our favorite place—so we decided to write our own. We planned to create pre-packaged trips that specified which trails to take and where to stop each night. We would do a series of small books, each covering a 15-minute quadrangle, and they would be called the Knapsacker/Packer Guide Series.

“In the summer of 1966, we started doing the field research. Our approach was simple: We wanted to accurately describe where the trails led and what was there. On my scouting trips, I carried more than your average backpacker. In addition to all the standard gear, I packed two cameras, two natural history books to help me identify flowers and birds, and my Telmar tape recorder. The tape recorder ran about half the speed of the recording devices that are available today, and I’d walk along, dictating into the microphone everything I thought our customers would be interested in reading. So in addition to the basics—how to get to where you start walking, where to go, and the best campsites—we also described what we saw, the animals, flowers, birds, and trees.

“By the end of the summer, we had enough material to cover most of the trails in the northern Sierra, so we published a book of 100 trails and called it Sierra North. We decided orange would be the official color of Wilderness Press, so we used an orange cover with some illustrations of bighorn sheep and mountains sketched by my wife, Lu.

“That first edition sold like the proverbial hotcakes; we sold out our entire print run of [nearly] 3,000 books. Since then, this book has sold more than 150,000 copies, and it gives me great joy to see it in its ninth edition. As I think back to that high-altitude cocktail party in 1967, I wonder how many people have used this book to ‘go high to get high’ in the Sierra. I have personally walked more than 2,000 miles in this most beautiful of mountain ranges, and although I can’t do that anymore, I am still hooked on the experience—the splendid isolation, the scenery that really lights up your eyeballs, the strength you feel climbing with the weight of your pack on your back, the myriad trout. I hope this guidebook hooks you, too.”

We invite you to join us for our year-long birthday celebration! Because it’s not every day you turn 5o, now is it? We’ll be sharing stories of our first guidebooks and authors, reminiscing about the oddities of the outdoors world in 1967, and highlighting our partners and nonprofit organizations who have helped us along the way. Plus, we’ll be eating lots and lots of cake to fuel our outdoor adventures.