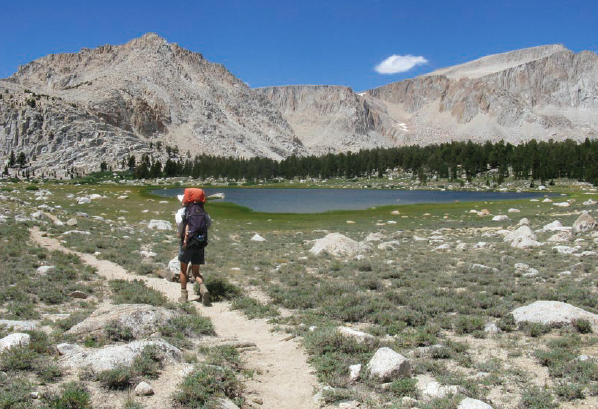 Best Time of Year to Bag a Mount Whitney Summit

2017 sounds like a great year to cross “summiting Mount Whitney” off your bucket list. And since you probably want to maximize your chances of summiting, you have to time your trip just right.

In the Sierra Nevada, the absolute best conditions generally exist during July and August. However, the region is blessed with a long summer, and most days between June and September are pleasant on the mountain. May temperatures are often warm, but the upper slopes of Mount Whitney will almost always still be snow covered; you should attempt at this time only if you have the equipment and skills to navigate up steep snow slopes. Many October days—and sometimes even those in early November—are still perfect for walking, but the temperatures are cooler, the days are shorter, and there may already be new snow patches in shady corners.

Here are some other factors that might influence your preferred summit date.

Snow on the trail

Your first consideration should be to pick a date after most of the snow has melted—early to mid-July is a safe bet most years. Slogging through residual snow on the trail, especially on the 99 switchbacks above Trail Camp, is very tiring. Your feet slip around with each step, and if the day is warm, you will post-hole (sink into the snow). In addition, you are more likely to get blisters if your feet get wet. Most important, by late afternoon the slope will be in the shadows, and the once-slushy snow can quickly become a dangerous sheet of ice.

Most thunderstorms occur in July and August, but they can also occur on any warm day through the summer and fall.

Powerful winds, which are more common in June and September than in midsummer, will sap your energy and can be very disorienting.

The warmest days are in mid- to late July.

Weak Pacific storms are often still blowing through in early June, and they return by early to mid-September. Late spring and early fall storms usually drop little precipitation but are very blustery and cold for 12–24 hours while they pass. Fast-moving September storms take many parties by surprise and result in many rescues.

As long as you are content to walk up much of the mountain in the dark, this is not a major consideration, but days start getting shorter much more rapidly in mid-August. (I prefer starting day hikes in the dark and enjoying the alpenglow on the peaks once I am already above Mirror Lake.)

A few days after a full moon is the best time for early-morning walking because the moon will not set until after the sun rises. For some people, summiting at dawn on the day of the full moon and simultaneously watching moonset and sunrise is well worth the effort of hiking 10.4 miles (or the shorter distance from your camp) in the dark.

Forest fires around the Sierra (and beyond) can result in a perpetual haze during midsummer. The clarity tends to increase following the first small Pacific front to blow through in September.

Have a date in mind now? Great! Your next step should be to snag a copy of One Best Hike: Mount Whitney to prepare for your successful summit.