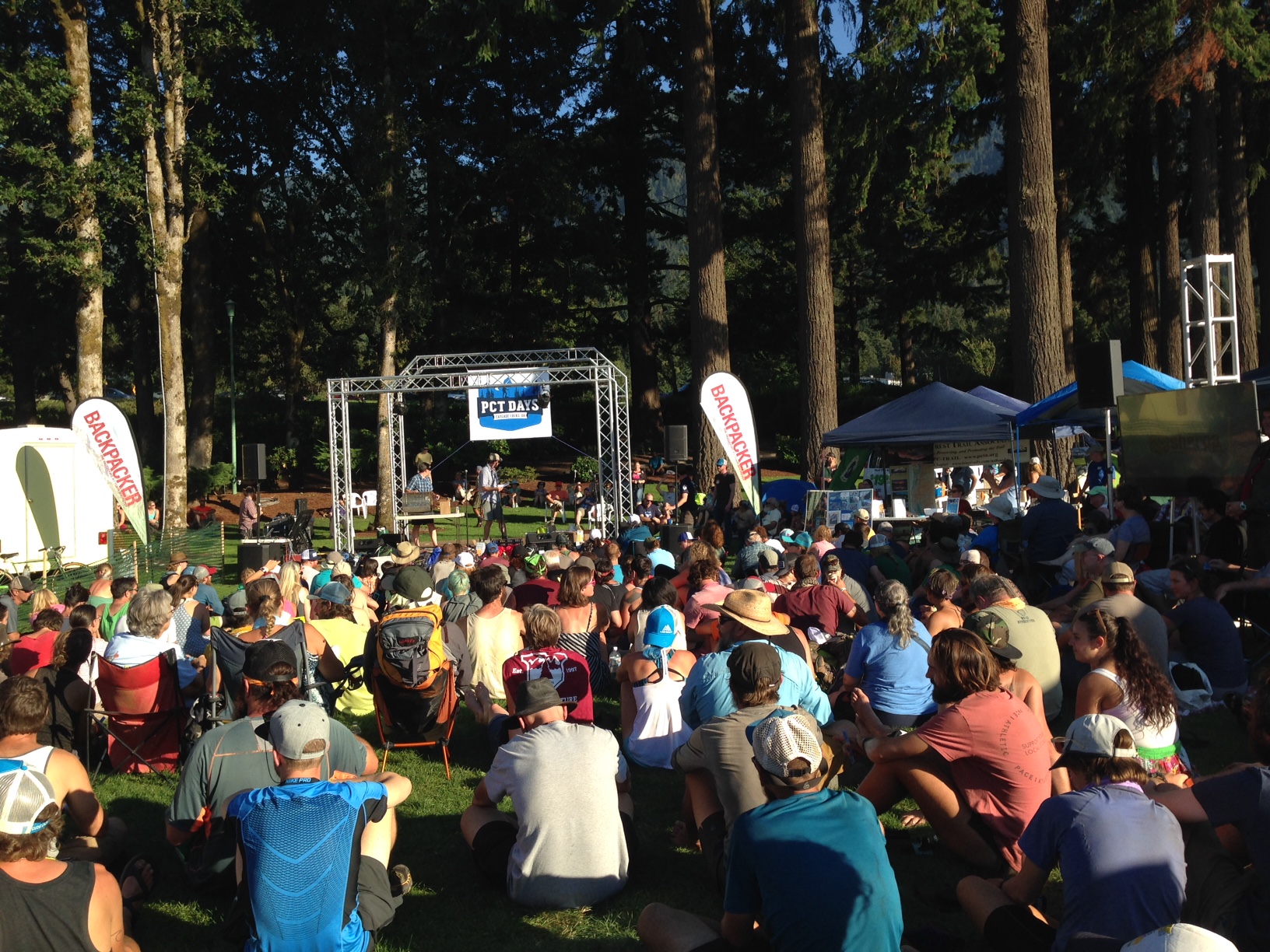 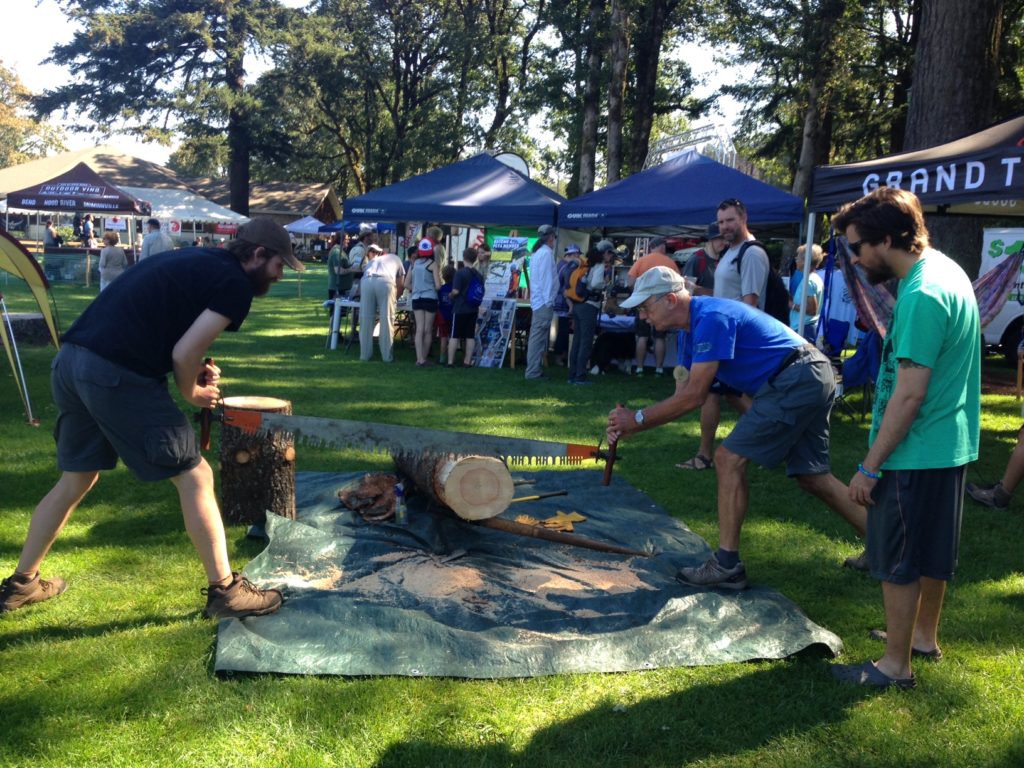 Organizer Jason Waicunas said the event didn’t even have a name when it started on Thunder Island in 2006. “It was a way of getting hikers together to celebrate the PCT. I think there were five tents and 50 people showed up.” Now its exhibitors and sponsors include Backpacker Magazine, the Pacific Crest Trail Association, Wilderness Press, Klean Kanteen, and Danner, maker of the boots featured on the cover of the best-selling PCT memoir Wild by Cheryl Strayed. 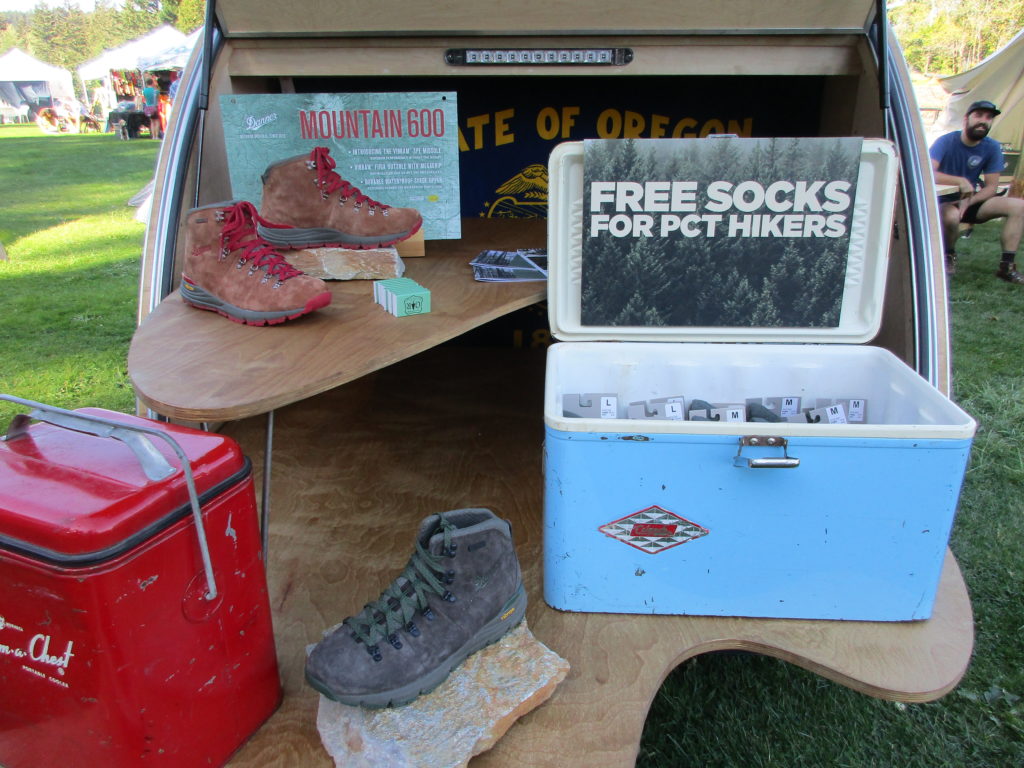 About 60 Class of 2016 thru-hikers showed up for this year’s event, Waicunas said. “It’s the perfect size that combines just the right mix of trail awareness, community, and marketing,” he said. “I want it to stay just like this.” 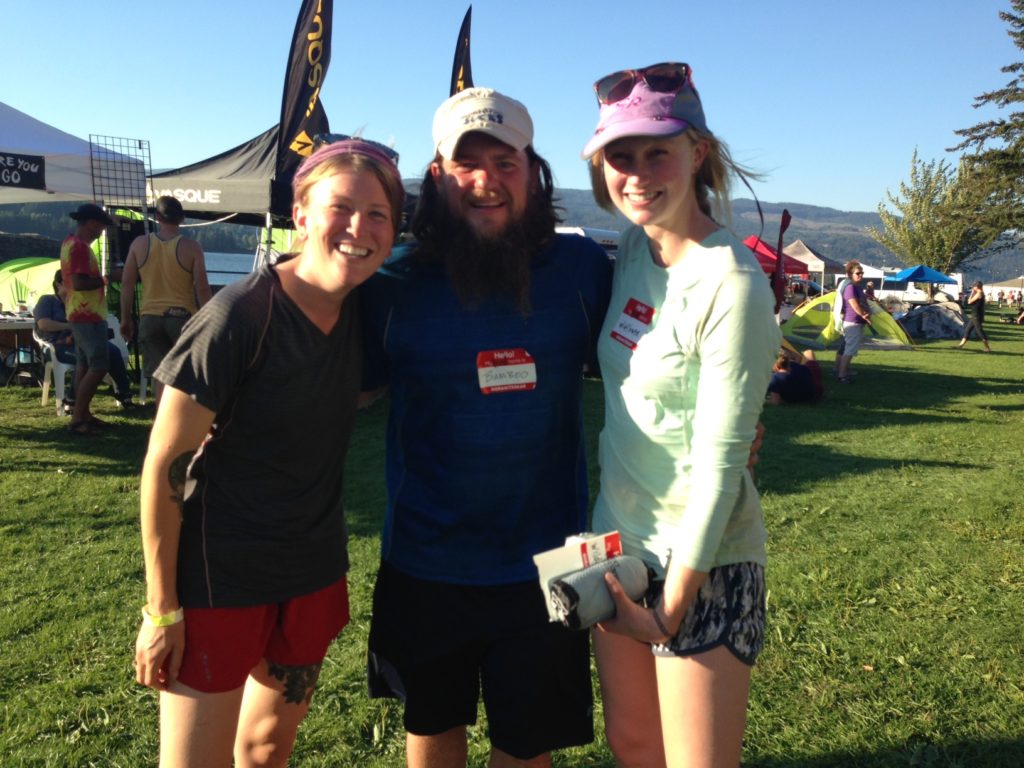 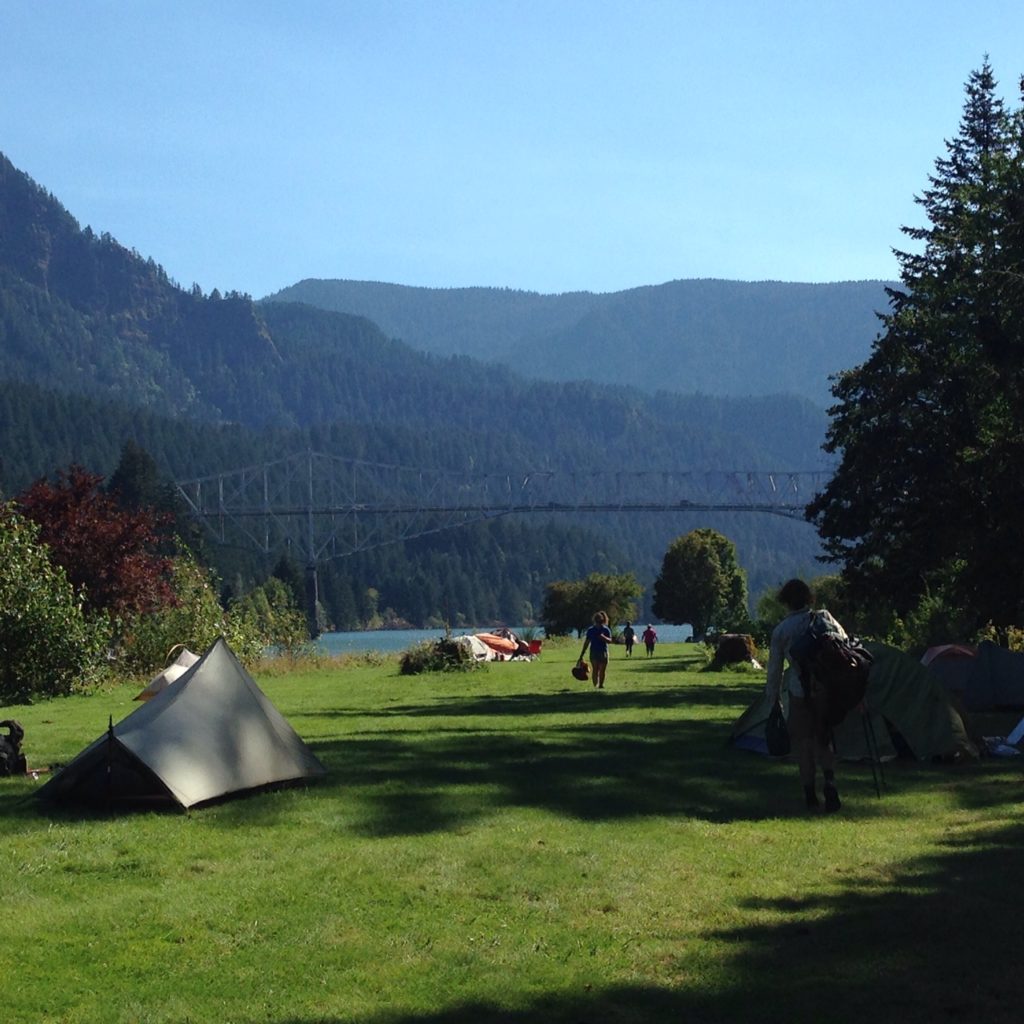 On Sunday, thru-hikers chowed down on bagels, coffee, Oreos, and cereal (courtesy of the American Long-Distance Hiking Association-West) before heading across the Bridge of the Gods to Washington and the final stretch of their life-changing adventure. 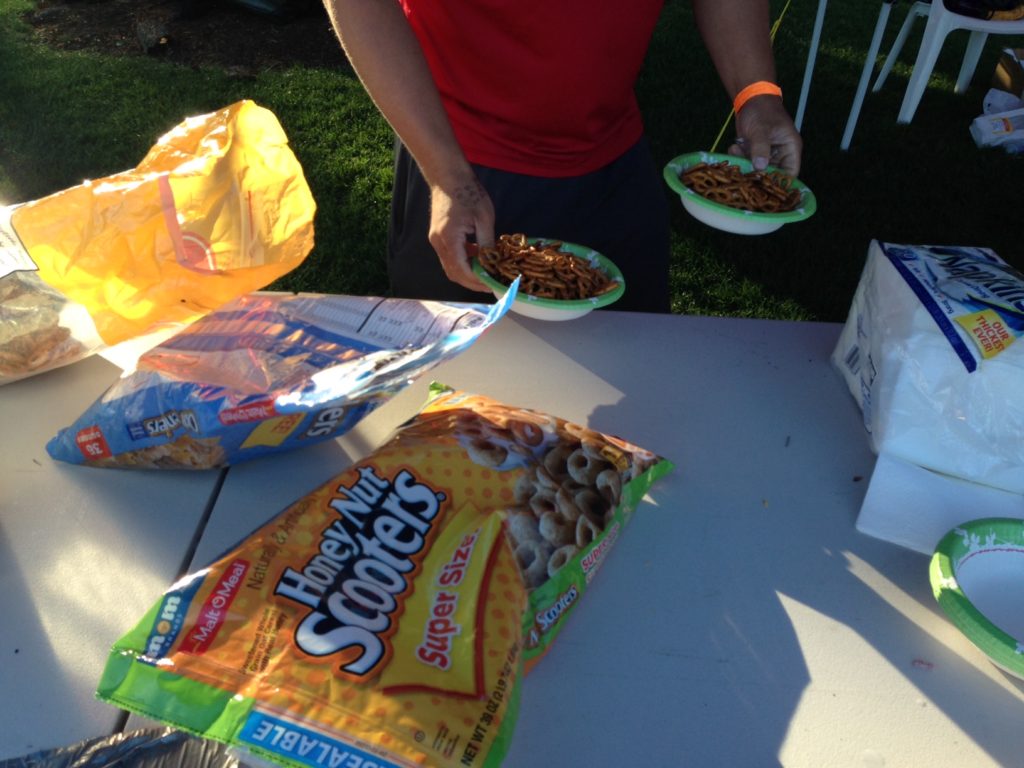 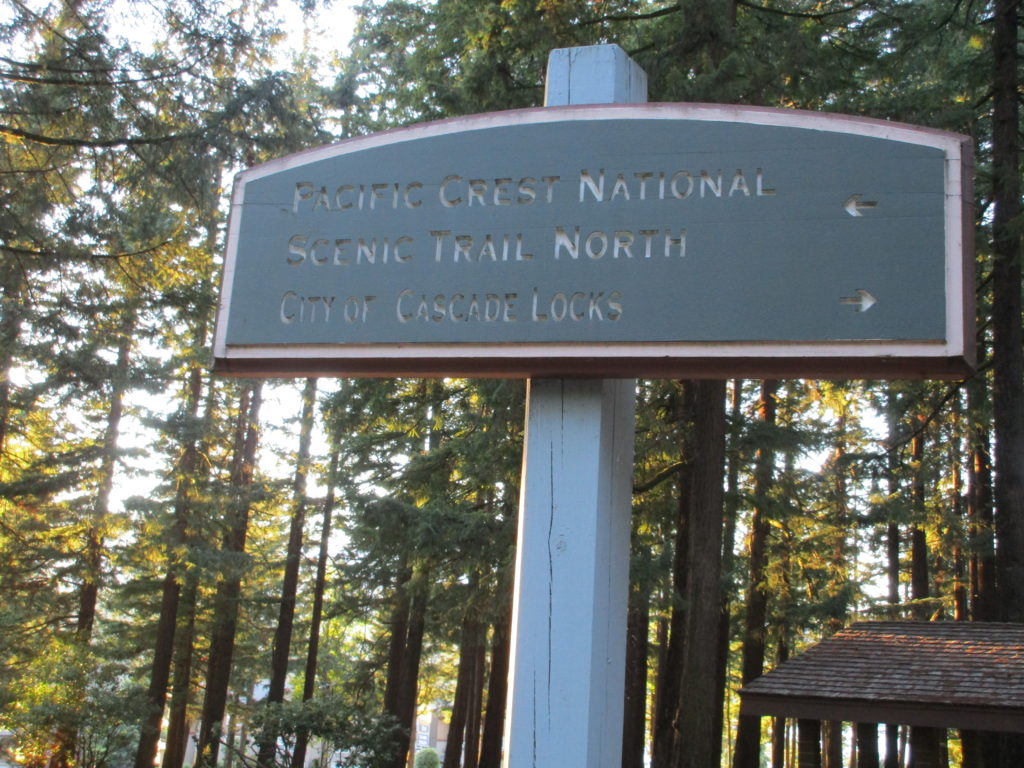