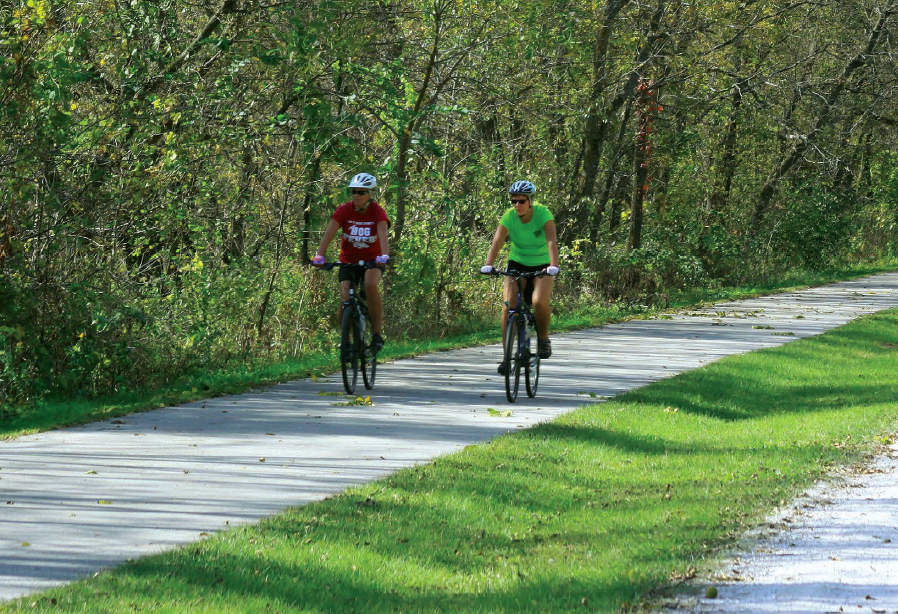 Of the more than 1,900 rail-trails across the United States, 70 are located in the state of Minnesota, known for one of the best developed and diverse trail networks in the country and second among states in total rail-trail mileage. Built on unused, former railroad corridors, these trails tread storied routes of westward expansion and industrialization and offer a glimpse into life a century ago. Today they bear the signature of their history: tunnels, trestles, raised berms, and depots in communities born and abandoned.

Minnesota, once the center of railway activity in the country, is credited for supplying much of the ore from the Mesabi Iron Range to the steel industry that produced the planes, ships, and tanks that led to victory in World War II. Rail-trails retrace the tracks of these railways, as well as those of other passenger and freight lines. Their original purposes and destinations vary, but each of these rail-trails joins past with present, creating a living memorial of the corridors that helped shape the region.

Here are some great rail-trails you need to check out this summer from the new Rail-Trails Minnesota guidebook, by the Rails-to-Trails Conservancy.

The trail links the southeast Minnesota communities of Red Wing, Welch, and Cannon Falls along a path that follows the former route of the Chicago Great Western Railway line that once ran through this river valley. In addition to offering stunning views of the Cannon River, the trail meanders under lush canopies of hardwoods, along steep slopes with exposed rock ridges, and along
bucolic country roads.

The cities of Cannon Falls and Red Wing and Goodhue County have jointly managed the trail since 1986. Although the trail has a drop of 115 feet between the cities at each end, the rail-turned-trail slope is gradual throughout its route, which winds through a striking mix of wetlands, river bluffs, several large lakes, and rolling farmland. 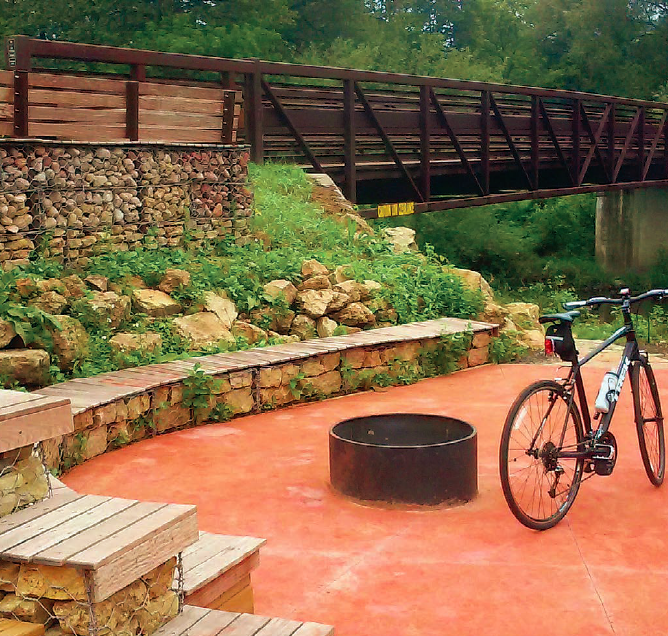 The Harmony–Preston Valley State Trail runs 18 miles on a north-south line between the town of Harmony and the Root River State Trail, which it meets between Lanesboro and Fountain. The paved trail is mostly level, although a section just north of Harmony is relatively steep.
An old railroad right-of-way creates the foundation for the northern two-thirds of the Harmony–Preston Valley State Trail. The northern portion of this section passes through lush woodlands and farmlands as it winds along and across Watson Creek, the South Branch of the Root River, and Camp Creek. 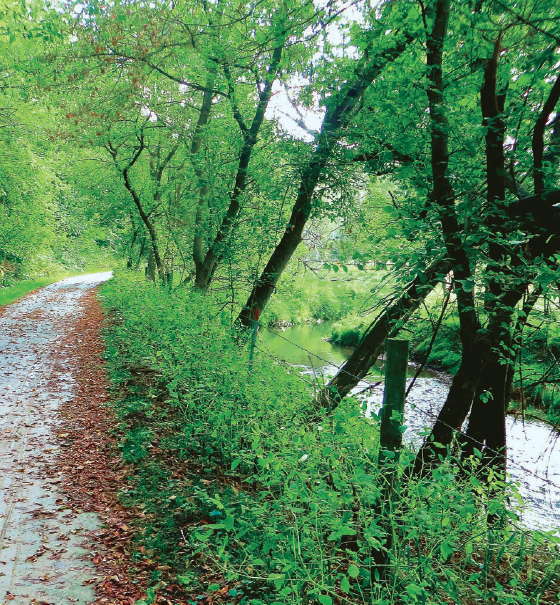 When completed, the Gitchi-Gami State Trail will traverse 88 paved miles between the cities of Two Harbors and Grand Marais on Lake Superior’s northern shore. Currently, several segments, totaling nearly 29 miles, are open between the two endpoints. A “West Road” section, forecast for completion in 2016, will extend the trail northward along the shore of Lake Superior, completing the connection to the community of Silver Bay. The trail provides a nonmotorized, safer alternative to MN 61 along the North Shore.
The Gitchi-Gami Trail Association’s mission is to promote, plan, and construct the trail to link communities, state parks, and points of interest along the northern shore of Lake Superior. Trail segments pass through five Minnesota state parks along the North Shore, winding through birch and aspen forests, along cascading rivers and waterfalls, and through historic communities, while providing incredible vistas of Gitchi-Gami herself, Lake Superior. 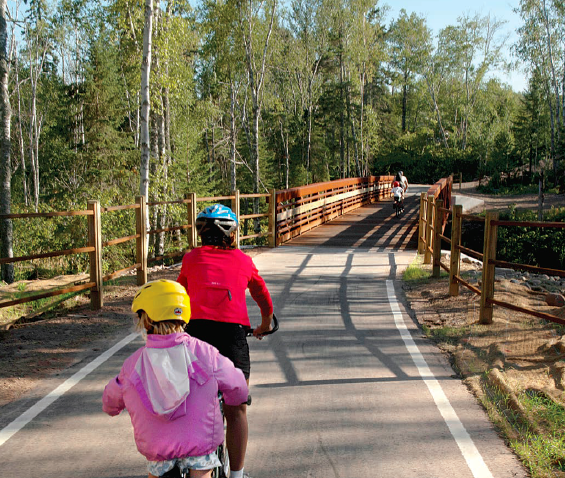 Paul Bunyan State Trail, stretching 123 miles from Bemidji to Brainerd, is one of the longest rail-trails in the country. This distance includes its newest segment, completed in 2014, that extended the trail 9 miles south on MN 371 to Crow Wing State Park. The multiuse, fully paved trail is mainly for nonmotorized use; however, snowmobiles are permitted during winter.
The Paul Bunyan State Trail follows an inactive railroad corridor built in 1893 and last owned by Burlington Northern. The corridor passes through boreal forests, along more than 20 lakes and 10 rivers/streams, and among meadows sporting colorful wildflowers in spring. You’ll also encounter wildlife along the way. 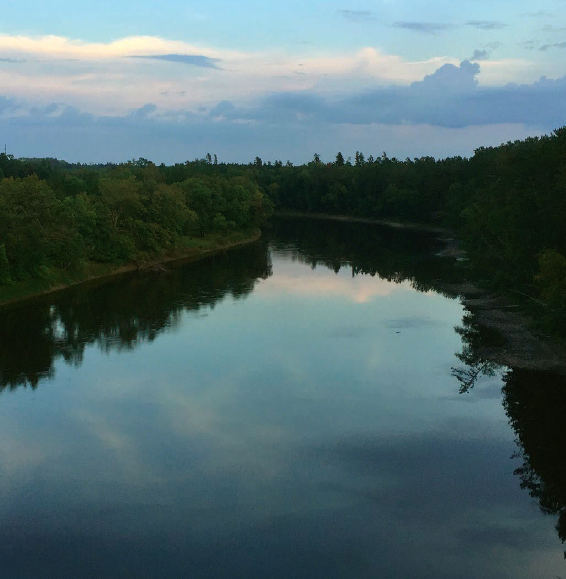 The 22-mile original section of the paved Glacial Lakes State Trail follows the former right-of-way of the Burlington Northern Railroad between Willmar and about 1 mile west of Paynesville at Roseville Road Northeast, at the Kandiyohi–Stearns county line. The trail passes through the towns of Spicer, New London, and Hawick and past Green Lake. The segment between Willmar and Spicer includes a 10-mile parallel grass track for equestrians, and the rest of the trail includes a grassy shoulder for equestrians.
The trail traverses the gently rolling prairies of central Minnesota and travels between a landscape of tallgrass prairie and deciduous forest. Among the farmlands, you can catch glimpses of the original prairie and wetlands, which make ideal habitat for white-tailed deer, small mammals, birds, reptiles, and butterflies. 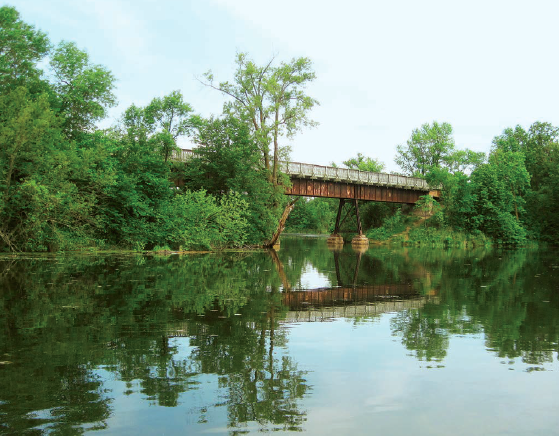